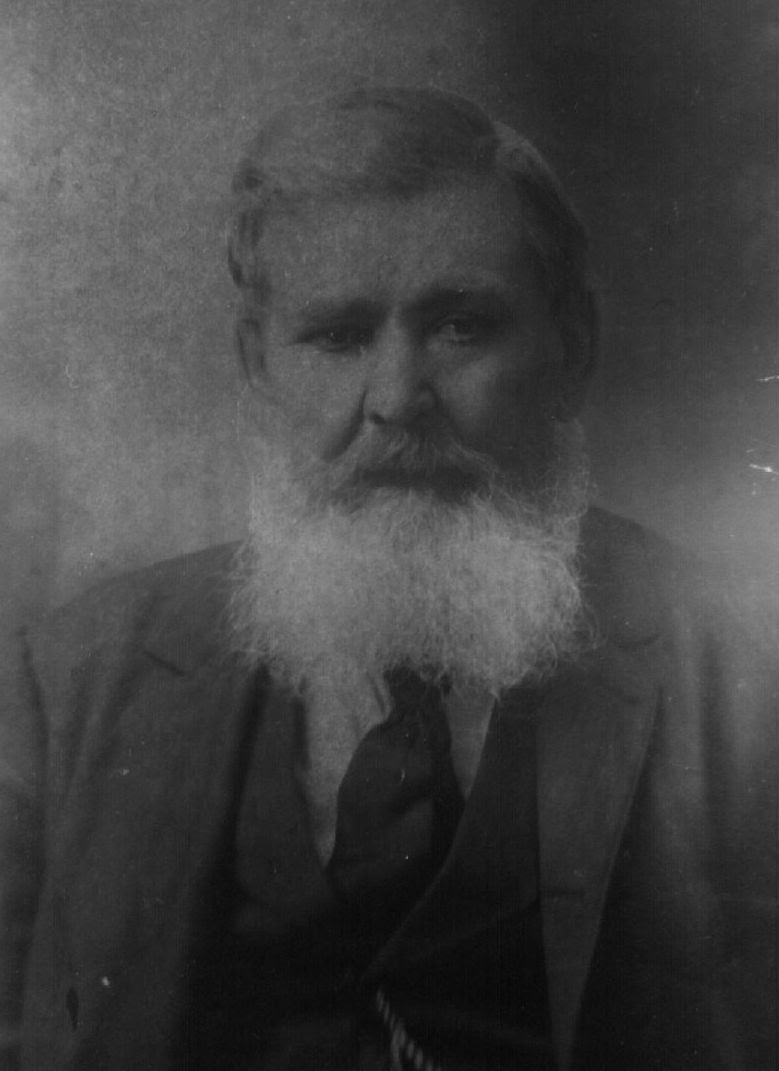 My second great-grandfather Israel, son of Anders Svenson and Anna-Marie Andersdotter, was born 26 April 1829 in Korsbyn, Laxarby, Alvsborg, Sweden.  He died on 7 March 1910 in Bawlf, Alberta, Canada (near Daysland and Camrose).  His life spanned the time of the Crimean War, the California Gold Rush, the American Civil War, the Klondike Gold Rush and the introduction of the automobile by Henry Ford.  We don't know what Israel made of these pivotal events, but we do know that he was an ambitious family man who never hesitated to make a fresh start.

His frequent moves began innocently enough at age one when he moved with his family the short distance from Korsbyn to Galthogen, Sweden.

At the age of 21 he moved to Norway, but soon moved back across the border into Sweden. It isn't clear whether he had already met his  future wife Johanna Gundersdatter who lived with her family in the Lier area of Norway, but something drew him back to Norway in 1854. The couple married and shortly had a son Anders.  The Lier Lutheran church records lists their move to "Amerika" in 1856 where the family is described as "Israel Anderson Opsahl age 27, Johanne Gundersdatter age 22 1/2 and Anders Israelson age 1/2". (Swedes and Norwegians used the patronymic naming system at the time with children taking as their surnames the first name of their father with either "son" or "datter" added at the end. Women retained their names for life, even after marriage.)

Israel homesteaded with his family in Wisconsin and farmed there until 1867.  When the US census for Decatur, Green County, Wisconsin was taken in 1860, Israel was 31 and had real estate valued at $200 and personal estate valued at $150.  By now, the family included two daughters.  His occupation is given as "mason".

In 1867, just after the American Civil War ended, the family uprooted and moved to a homestead in Northwood County, Iowa which was opening for settlement at the time.

(We were very surprised to find Swedish records indicating that Israel's parents also left Sweden for America.  Anders Svenson and Ann Andersdatter appear in the manifest for the ship called "The City of London" which arrived in New York City on 25 May 1868.  From there, they disappear.  There is no record of them returning to Sweden nor any indication that they  joined Israel or any other family members in the United States.  Their story remains an unsolved mystery.)

Then in January of 1879 Israel took his family to a homestead 7 miles west and about 3/4 mile north of Grafton, North Dakota, travelling by train and horse-drawn covered wagon. Daughter Olava recalled a celebration on 4 July 1880 for which she and other young people made an American flag from flour sacks, using berries and bluing to give it colour. The US census taken that year has Israel at 51 and farming with wife Johanna age 47, sons Gunelius, John and Carl Gustave and daughters Olava, Sophia and Ida Johanna. (Eldest son Andrew had by then married and set up his own household nearby).

Israel managed to stay in one place for over two decades, but by 1903, he was widowed and on the move again.  Well into his 70's, he decided to head north to homestead yet again, this time in Canada along with some of his sons and grandsons.  In the 1906 Canada census of Alberta (newly formed as a province the previous year), Israel is living with his son John's family.  In addition to farming his homestead land (NW 36-44-17 W4M), he also had 30 cattle.

He died just shy of his 81st birthday before proving up this final homestead at Bawlf, Alberta. A postcard written 7 March 1910 from son Gunelius to sister Sophia Anderson Sinkler in Argyle, Minnesota says "Father died this morning at 8:30.  Funeral Services will be held at home at 10 A.M. and at Bawlf Lutheran Church at 2 P.M Friday March 11.  Father was sick in bed the last 8 weeks and suffered awful but the end came quietly." Israel had finally come to rest. He is buried at the Lutheran Cemetery located in the prairie countryside a couple of  miles northeast of Bawlf, Alberta, Canada near some of his sons and their families.